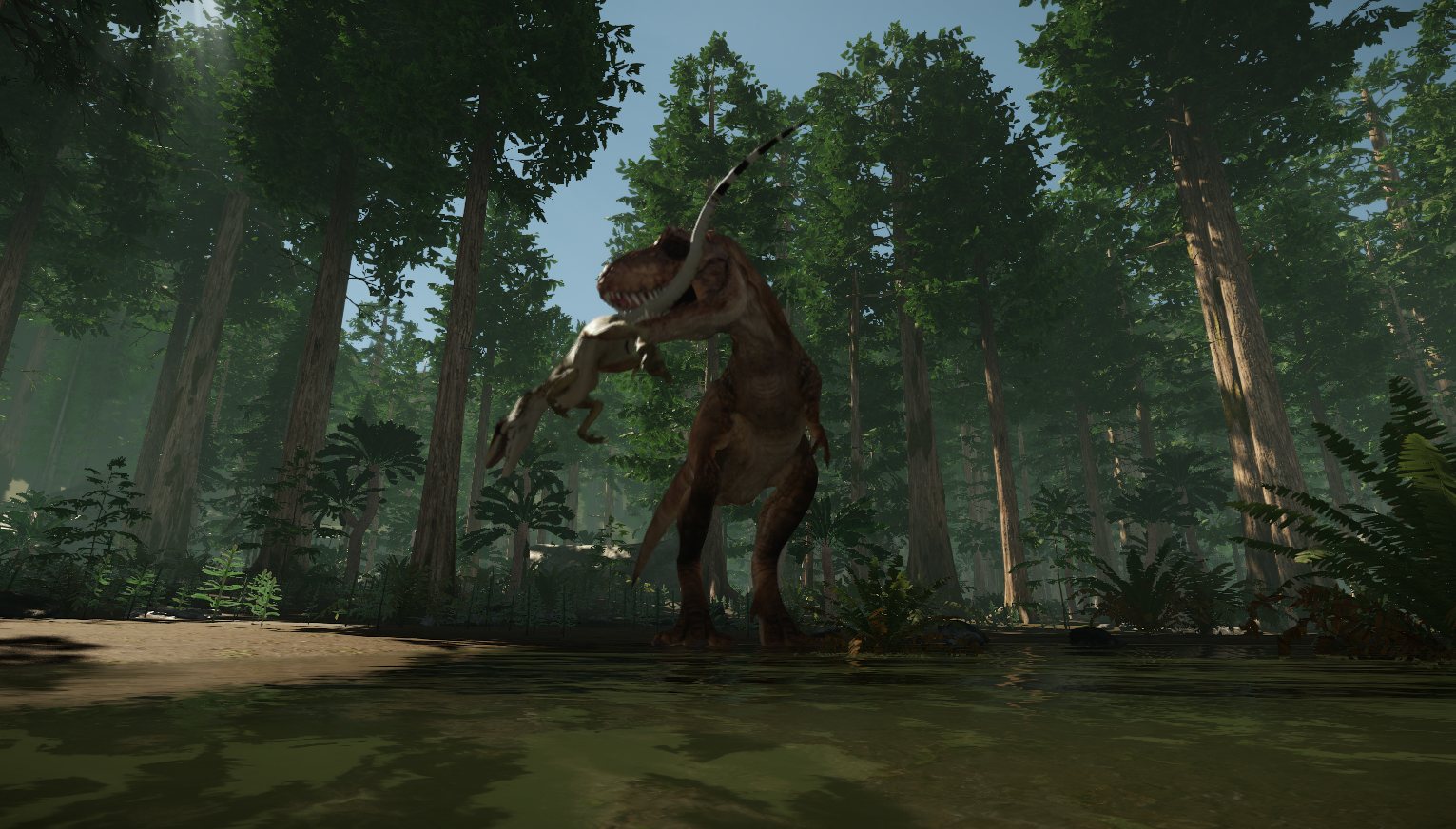 This tech demo represents four months of work from our tiny team of two. We decided to tackle some of the most challenging aspects of development first to lay a good foundation to build on. This includes the AI/dinosaur and player interactions with each other and the world as well as a basic inventory and a unique weapon. By doing this we hoped it would give everyone a nice well rounded experience of what we want Crynosaurs to become. You may encounter a few bugs here and there but it’s still a very fun experience! Take your time and poke around a bit, there are a lot of neat surprises to discover. If you do find any bugs, please take a minute and report them to us in the comments section. Enjoy!

We’re aware of an AMD crash related to newer cards and working on a fix for this.